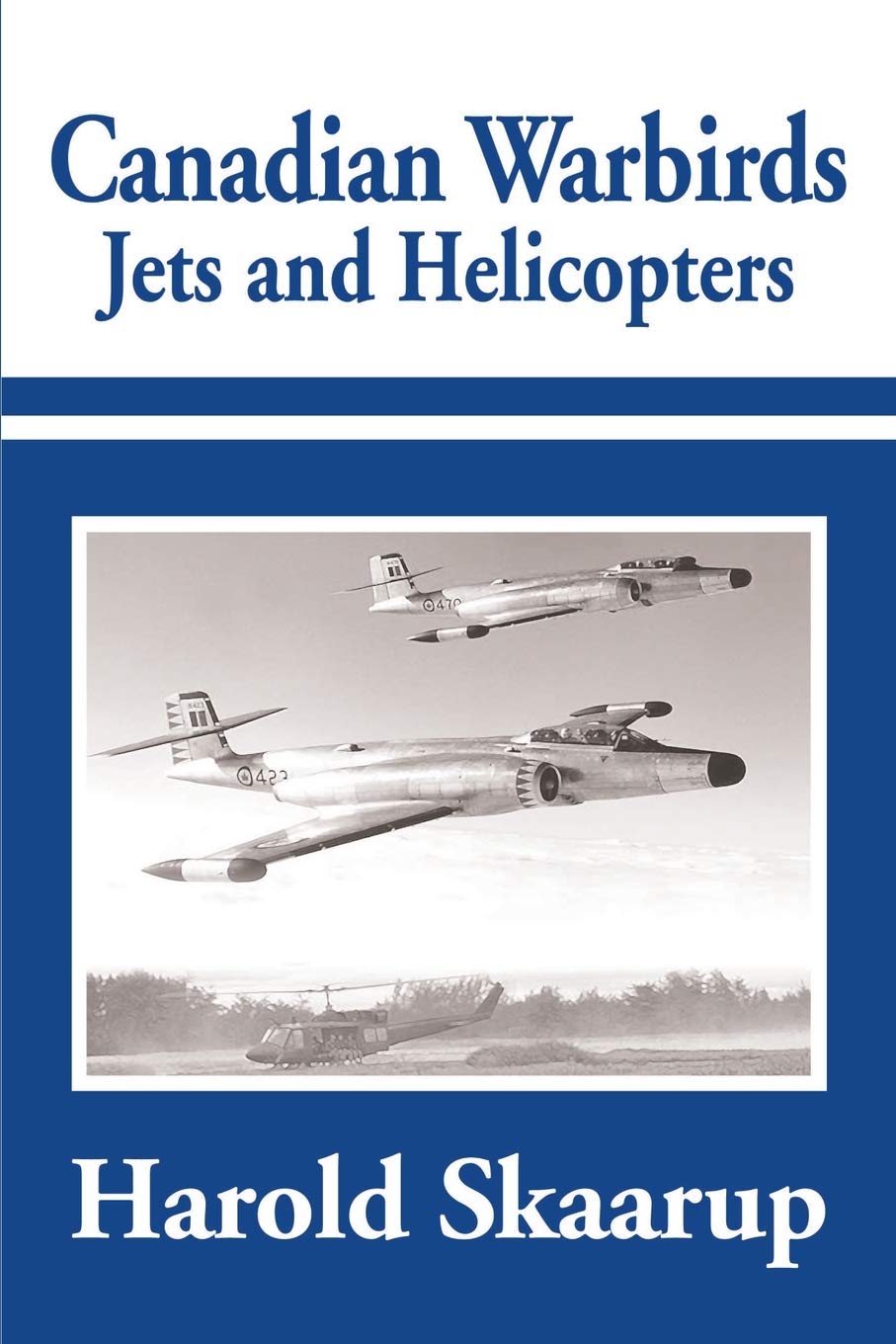 Canadian Warbirds--Jets and Helicopters describes jet aircraft and helicopters flown by Royal Canadian Air Force, Canadian Army, Royal Canadian Navy, and Canadian Forces aircrew in the jet-age.This aviation handbook is intended to provide the reader with a quick reference to the major types of military jet aircraft and helicopters flown by the Royal Canadian Air Force, the Royal Canadian Navy, the Canadian Army, and the Canadian Forces in the post-war jet-age. The handbooks in this series include a general description and a photograph from the Canadian Forces Archives of at least one of the key variants or marks of each aircraft that has been in Canadian military service. Each aircraft is listed alphabetically by manufacturer, number and type. General details describing the aircraft's engines, service ceiling, speed, armament or weapons load are included, along with a brief description of the Canadian squadron that flew the aircraft. This is the sixth volume in this series. It describes the jet fighters, bombers, trainers and transports as well as the helicopters flown by Canadians in the post-WWII jet-age. A list of museums, private aircraft collections and other locations where a number of the survivors might be found is also included. The handbook is not a definitive list of all Canadian-manufactured or operated aircraft, but should serve as a quick reminder for anyone with an interest in Canadian military aviation.