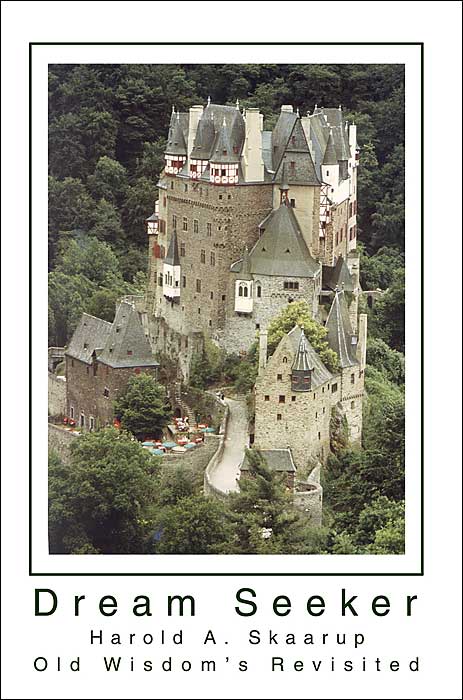 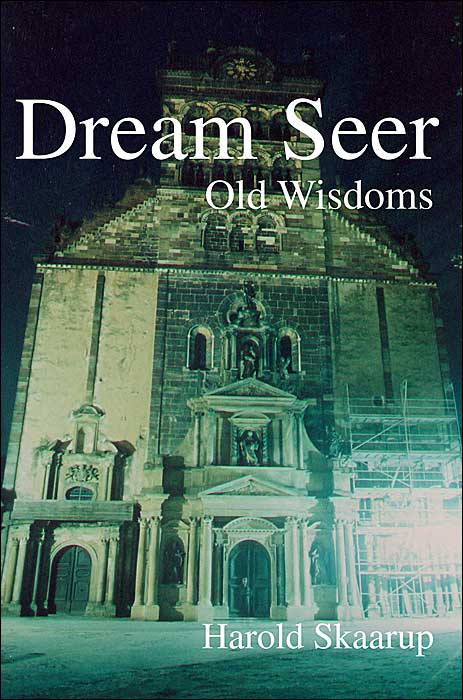 The Dream Seeker: Old Widom's Revisited, is a collection of stories, dreams, and "readings" which touch on the Light that shines within us. If you choose to "walk in the Light”, stories may be of interest to you.
buy on amazon

The Dream Seeker is a collection of stories, dreams, and "readings" which touch on the Light that shines within us. Those who have a strong faith and a loving heart radiate this Light, and one result is others are drawn to it. When you have this light, there should be no questions or answers that you should fear. Many of the answers to the questions in this book may surprise you. Have we been here before? Is it possible we have had past lives? Are there others visiting us? Can our future be understood? Can we be shown the way ahead?

You will find responses to these questions, based upon interviews with gifted people who believe that many things are possible. We are all given incredible gifts that seem to have been significantly enhanced with recent changes that have taken place around us. One must always honour such gifts or they will just as quickly be taken away. It is my hope that you will find something that resonates within you in this book, and that you too, will choose to "walk in the Light."

“It’s like riding a waterfall.  Just turn, step off the ramp and catch thefirst blast of wind from the aircraft’s “propwash,” he said.  “OK,” I thought, as I turned and stepped offinto the airspace below us.  It was justlike he said it would be.  It was like ridinga waterfall.  For one brief moment I feltlike I was floating perfectly still, then suddenly the air-wave came roaringback at me in a blast of wind from the four powerfully churning propellerblades of the C-130 Hercules transport aircraft I had been inside momentsbefore.  The wind hit me full force as Iflashed away from the aircraft like a cascading maple-leaf in the fall, andthen suddenly…it was quiet.  So quiet Ithought I could hear my heart beating, although I could feel the wind rushingabout my face.  For a few brief seconds,I had actually begun to slow down from the flying speed of about 160-mph when Iexited from the Hercules.  Now my fallingbody began to pick up speed.  I was inthe process of accelerating to what we skydivers call “terminal velocity,”which is a downward rate of fall of 120 mph. High above me the aircraft faded away into the distance.  At the same time that old familiar and yetstill incredible feeling of flight continued to build inside me.  “God,” I thought, “thank you, it is so great to be alive!”

Joseph of Arimathea brings Jesus down from the cross, engraving by Gustave Dore (1832-1883), from The Holy Scriptures containing the Old and New Testaments: Translated from The Latin Vulgate by Antonio Martini (1721-1809), with friezes by Enrico Giacomelli, Mark 15, Volume 2, 1869-1870 edition. De Agostini / Biblioteca Ambrosiana / Getty Images

I think about a number of people who are mentioned in the Bible, and the difficulties they had to overcome, just to survive.  For many, there are few details, but there isone in particular I have had an interest in since visiting Glastonbury, England.  He was Joseph of Arimathæa.  There are other historical records, whichseem to indicate that Joseph may have known L. Pontius Aquilinus, the father ofPontius Pilate.  This would have possiblybeen the reason that he was permitted an audience with Pilate in order to recover Christ’s body after the crucifixion (as shown above).

Considering the circumstances, my feeling is that it must have taken great courage for Joseph to go to Pilate’s court and ask for Christ’s body.  However it was managed,the audience was successful, because permission was granted.  Joseph, with the help of his friend Nicodemus, proceeded to take down Christ’s body from the cross.  They then removed the nails and “buried” him according to their traditions.  These were reportedly two old men, working after sunset on a day when work was not permitted.  How then did they do it?  Did they have help from one of the soldiers in getting him down from the cross, or from others who were not mentioned?  It appears not.  Did they bring tools with them to pull out the nails?  This would have been a very hard job any way you look at it.

The story is only a small piece of a very large number of missing pieces of one of the greatest mysteries of all time.  I have no answers to give here, but I can at least report what the Bible itself tells us of Joseph of Arimathæa:

In the Gospel according to Saint Matthew, Chapter27, we are informed,

When the evenwas come, there came a rich man of Arimathæa, named Joseph, who also himself was Jesus disciple:

He went to Pilate, and begged the body of Jesus. Then Pilate commanded the body be delivered.

And whenJoseph had taken the body, he wrapped it in a clean linen cloth.

And laid it in his own new tomb, which he had hewn out in the rock: and he rolled a greatstone to the door of the selpuchre, and departed.

In the Gospel according to Saint Mark, Chapter 15, the story changes slightly, and reads,

Joseph of Arimathæa, an honorable counselor, which also waited for the kingdom of God, came and went in boldly unto Pilate, and craved the body of Jesus.

And Pilate marveled if he were already dead: and calling unto him the centurion, he asked him whether he had been any while dead.

And when he knew it of the centurion, he gave the body to Joseph.

And he brought fine linen, and took him down, and wrapped him in the linen, and laid him in a sepulcher, which was hewn out of a rock, and rolled a stone unto the door of the selpuchre.

The third variation is found in the Gospel according to Saint Luke, Chapter 24,

And behold, there was a man named Joseph, a counselor: and he was a good man and just: (The same had not consented to the counsel and deed of them;) he was of Arimathæa, a city of the Jews: who also himself waited for the kingdom of God.

This man went unto Pilate, and begged the body of Jesus.

And he took it down, and wrapped it in linen, and laid it in a selpuchre that was hewn instone, wherein never man before was laid.

And that day was the preparation, and the Sabbath drew on.

And the women also, which came with him from Galilee, followed after and beheld the sepulcher, and how his body was laid.

And they returned, and prepared spices andointments; and rested the Sabbath day according to the commandment.

The “eyewitness” Gospel according to Saint John, Chapter 19,tells us,

And after this Joseph of Arimathæa, being a disciple of Jesus, but secretly for fear of the Jews, besought Pilate that he might take away the body of Jesus: and Pilate gave him leave.  He came therefore, and took the body of Jesus.

And there came also Nicodemus, which at the first came to Jesus by night, and brought a mixture of myrrh and aloes, about an hundred pound weight.

Then they took the body of Jesus, and wound it in linen clothes with the spices, as the manner of the Jews is to bury.

Now in theplace where he was crucified there was a garden; and in the garden a new sepulcher, wherein was never man yet laid.

There laid they Jesus therefore because of the Jews preparation day; for the sepulcher wasnigh at hand.

The observations are very specific, and considering the circumstances, carry a number of unanswered questions with them.  I leave it to the reader to determine what those answers could be.

All passages quoted here are from The Holy Bible, containing the Old and New Testaments in the King James Version. Camden, New Jersey,Thomas Nelson Inc., 1970.